Disney is slowly breaking down my barriers. 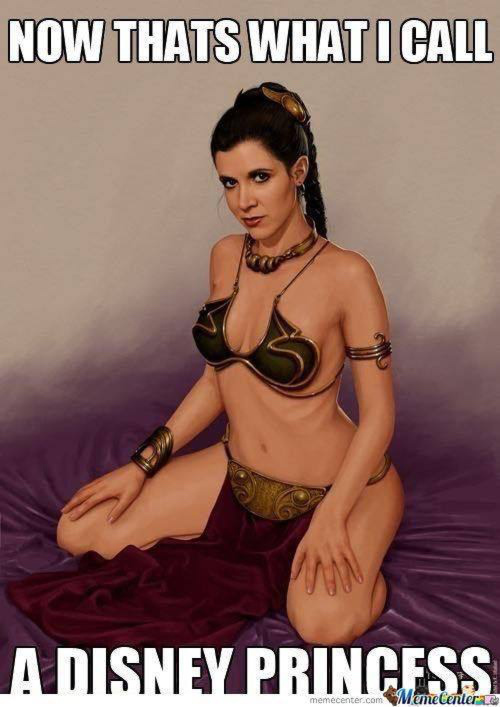 EN : Here is my playlist for the start of year 2016, sure this playlist will evolve on a regular basis 🙂

AC/DC Back in Black

Here are my answers to this challenge

A like  Awareness,  being more aware and concious to people around you and to your relatives,I feel we live like in such selfish societies right now which push towards individual desires and needs that need to be heard of course, but sometimes against the benefits of the many? it may be too « uptight » of me to think we could evolve in that way but I’d really like to.
A like Alan Wilder founder of Recoil and ex member of Depeche Mode for who I have great admiration… I love his work.

B like Bicyle because if I have to chose one way of transportation that would be the one I’d do most, I like riding bicycles since I’m a kid and I’m among those crazy parisians who often take a bike to go to work or to go to some places.
B like Bowie, David Bowie is one great artist I admire

C like  Color blind, because I am color blind, at least I have one of the many various aspects of that defect, I don’t see the colours like most of you do, that doesn’t stop me to live on a regular basis but that gave me a lot of headaches and lot of vision problems when I was younger . That also influenced a lot of my choices as job and orientation for my studies, I didn’t go naturally for art even though I like it, and don’t ask me to take in charge your electric wires and equipment you might get a lot of mess 🙂
C like Child, children , because that tiny little being that is my son is the most important being to my eyes & heart now…
C like Comic Books because I’m a huge fan since I was a little kid
C like Captain Marvel (Mar-Vell) one of my favourite Marvel Comics character
C like Cyclops, founding member of the X-Men, one of my favourite Marvel Comics Character
C like Computer science one of my hobbies, what I graduate on in University and what most of my career has been about, even though now I’m more oriented to user aspects like Process Managing

D like  Dad , because I still have mine and I care so much about ; also because I am one now and that really changed my life 🙂
D like Depeche  Mode as well because as you may have noticed I’m a big fan
D like Dune the Saga from Frank Herbert Which I’m a big fan of.

E like  Eat, I love to eat but I also take more care choosing and paying attention to what I eat now

F like  Fatherhood, Father, it was one major step in my life and one I always wished to accomplish, it changed so much the way I act and even the way I feel, it’s hard to describe and  it helped a lot also tightening my relation with my own parents, I now understand more how they may have felt with me 🙂
F like Family because family is important to me
F like Faith, Christianty and Faith is eomthing becoming important to me, I may not have anymore a « conventional » approach to faith and to the practice of it but it is very much present in my way of life.
F like France because it’s where I was born, where I grew up and where I live and I really love the values and potential of this country
F like food I live food 🙂

H like  Human, Humanity, I still want to believe in Humanity, I don’t think we’re all evil , we’re all different, and we let sometimes other decide or do things for us because we don’t want to get too much involved.

I like  Imagination, it’s something sometimes I lack , even though everything I read, see in movies or tv or even play like sci fi, Heroic Fantasy is based on pure imagination by authors, I put my basics on those elements, I’m not a creator  like some are able to be .

J like Jokes I like to joke and share some humour in life, we need that in our daily life , even though we don’t always share the same kind of humour with each other, we should respect each point of view and ea ch kind of humour. We could  see the desastrous effects of people with no sense of humour with what happened in France last year in 2015…

K like Kryptonite, that shouldn’t suprise you as I’m a comic book fan but my Kryptonite is Rhubarb pie , if you offer me a slice I would do quite anything for it 🙂
K like karaté, as I practiced it when I was in high school but it was already 20 years ago, I’m a martial arts fan, even though now I do it on or more cool way with Tai Chi

L like Love  because it’s an important feeling you need in life would be from your family, your friends and of course your loving  life and more intimate one, you need love in your life to go on, it’s hard to live without it.
L as lust also because it’s part of life and relations and it’s an important part of it for me too 🙂
L like Liberty as it’spart of the  main ideas related to France and USa and it’s something I cherish mine and thos of others, it probably helped  that my parents lived and came from Portugal a country that lived so long under dictature, and I could see the damaging effects it had on this country and the way people acted, it helps you enjoy the freedom we have in our countries .

P like  Patience, it may be one of my assets, I’m a  patient man I’ve always been , what may have changed is I can be patient with people I find worth paying attention to, I won’t spend too much time with anyone, I’m not that idealistic fool I was anymore when I was younger.
P like Pessimism, I was one huge pessimist but I try to be better now ( see O)
P like Pin up because it’s a style I really enjoy, you may have noticed that on the blog.
P like Pimpf because it’s my favourite instrumental song of Depeche Mode
P like Puce because it’s the nickname of my wife  😉
P like Portugal because my parents and most of my family are from this country

Q like Quotes , some quotes from authors , writers are often inspiring to me.
Q like Quality over Quantity, at least when you can , mostly for relationships and friendships I prefer to have few friends  than we can rely on each other  than to have tons of so called friends…

R like  Reading, I always loved reading books ( mostly sci fi , adventures, Heroic Fantasy) comic books and also magazines , lot of press, etc…
R  like Respect , the one I like to give and the one I give in regards of the amount I get 🙂
R like Recoil the personal musical project of Alan Wilder ( see A)

S like Solidarity  I’d love to see more between people…
S like Sports, I’m a not the sporty kind of guy and not even to watch it on TV but I do a minimum now in order to keep in shape
S like Sex , Sexuality as it’s one important aspect of life at least to me  and I don’t have any inhibition about it.
S like Star Wars, I’m a huge fan but you surely already know it.

T like Time as it’s one thing you see passing by so quickly as age goes on and yo can see you can hardly control it, you just have to live with it and take the most of your life as times goes by
T like Tai Chi is it will be my 2nd year of practice of this martial art with my wife and that really suits me now in my age 🙂
T like TV , I was a huge TV fan , watching lot of shows and series but now TV sets are more used in a passive way for me I select more what I want to see on it than just wait to see what channels provide…

U like USA, it may surprise you but it was one of my dreams when younger to go there, I had the chance to do a school exchange in high school for quite 2 months with one girl from Chicago it was great experience. her coming to live with us in Paris for a moment and me going to live there in Chicago for a moment too, and I went there back again many times to San Francisco, Philadelphia, Washington & New York, I love this country, even though all extremes are there from the more crazy stuff to the more uptight closed  & conservative minds too
U like Utopia ,younger I was utopist I would have loved to change the world now in my 40’s I don’t see things in the same way even though I would love to see the world in a better state for my child, I don’t think the world will be « perfect » …

V like Victories? 🙂 small victories on daily basis  that help you go on

W like  Work because work is what keeps us busy most of the day, at least most of us and in my case that’s it, because I had the chance to do a job that was one of my hobbies (computer science) and is the one I had lot of pleasure practicing, even though sometimes in my career I had my share of ups and downs like anyone I think…
W like wife, because mine is important to me and she helped me being the man and the father I am now
W like Water closet it may surprise you or shock you but it’s one of the places where I keep some of my books, comics and magazines and take some time to read, some kind of personal time to spend sometimes … sorry 🙂

Y like  Youth, Young, the one that seems so far away for me now even though in my head I still feel like a kid sometimes, but the one I feel more connected to right now is my 4 years old son

Z like    Zorro one of my favourite TV Hero when I was a kid;) 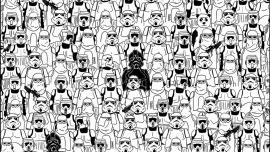